Due to COVID-19, we’ve been stuck at home instead of visiting dance halls. So to use some of my spare time, I’ve contacted and compiled information and photos of some halls on our list. Until we can dance and physically visit the halls, this virtual visit will have to do for now. Hope you enjoy the post.

The post was formed November 24, 1940 at the Mainland Post No. 3216, in Texas City with eighteen charter members. The first meeting was held in the old Bay City City Hall auditorium. The auditorium has since been demolished. In 1948, the post changed its name to Philip H. Parker Post No. 2438, in honor of twenty-four year old Captain Philip Hackley Parker of Bay City. Captain Parker was flying a P-51D Mustang and was killed in action by Japanese ground fire on March 23, 1945. 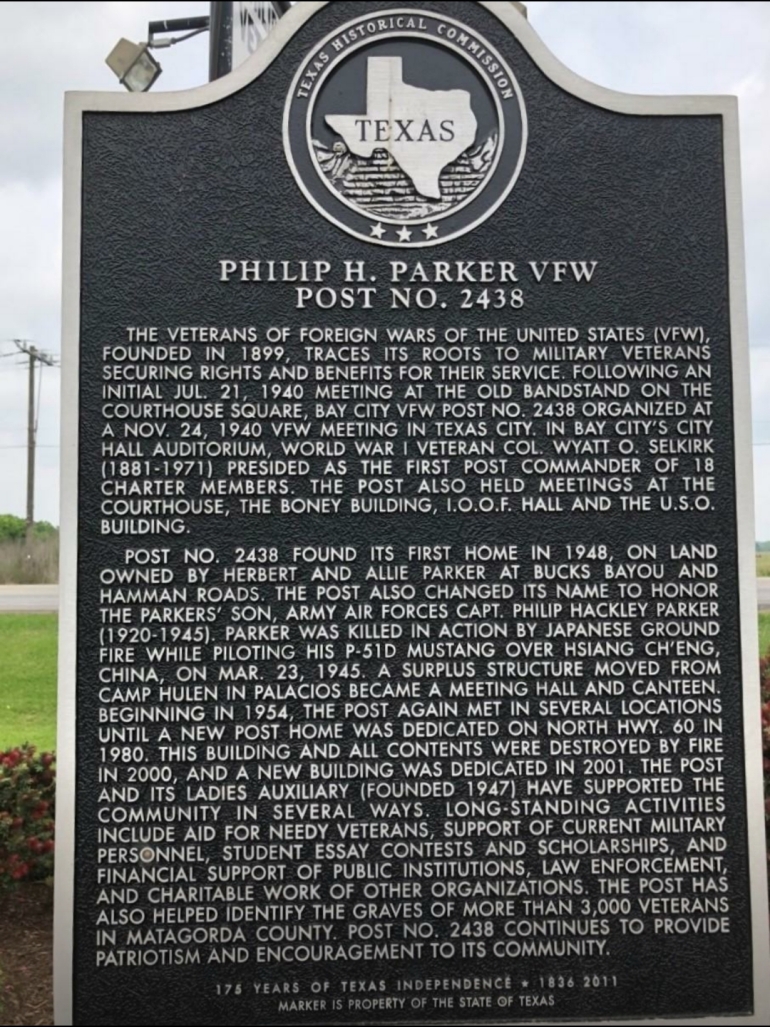 From 1940 to 1948 meetings were held at the courthouse, the Boney Building, I.O.O.F. hall and the U.S.O. building. The first post home, purchased in 1948, was on land owned by Captain Parker’s parents, at the corner of Bucks Bayou Road and Hamman Road. The building, a surplus structure, was moved from Camp Hulen in Palacios and renovated into a canteen and meeting hall. Meetings were held here until 1954.

The location meetings then moved to various places, including the U.S.O., American Legion hall, W.O.W. hall, the country club, an old barn and private homes. The current post property location on North Highway 60 was purchased in 1978, and the post home dedicated March 1980.  A fire September 29-30, 2000 destroyed the building and all the contents. The current, larger building was built on the old foundation and was dedicated October 20, 2001.

The VFW Post 2348 is an active post, contributing funds and support to many organizations in the area. For a list, please see their website. Weddings, funerals, receiptions, parties and quinceaneras have been held here.

When not closed down due to COVID-19, they hold weekly bingo, Sundays from 7 to 9 p.m. If you are interested in renting the hall, call (979) 245-8857. If there is no answer, please leave a message and they will return your call as quickly as possible. 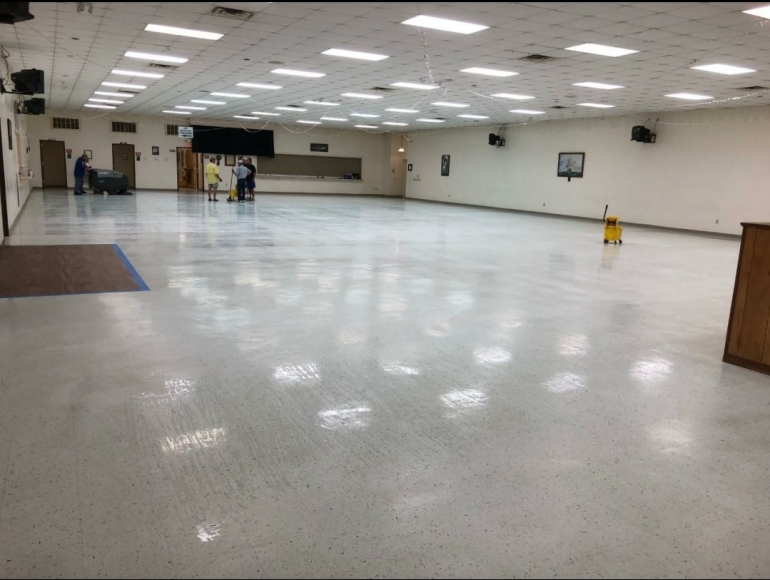 Peg Brietzke replied to my request for photos and information. She graciously sent me the following:

VFW Post 2438 & Auxiliary is a family oriented veterans hall, whose primary source of income is derived from hall rentals and bingo. We are a non-smoking/vaping facility with a refreshment concession that sells snacks, soft drinks and alcohol. In addition to this we have a kitchen facility that may be made a part of your rental contract.

If you would like to support our VFW post outreach in Bay City and Matagorda County, donations may be mailed to: Philip H. Parker VFW Post 2438, PO Box 269, Bay City, TX 77404-0269. As we are a 501(c)(19) organization, your donations are tax deductable. Please include a return address.